The economy we know today is founded on the theft of indigenous lands and lives, slavery, and colonialism. This legacy lives with us in many ways including an entrenched racial wealth gap that leaves black and brown communities without basic economic security, and a growing prison economy that profits off the misery of those same communities.

But through that struggle has emerged profound wisdom, leadership, and resistance.

Excluded from the mainstream, marginalized communities have been forced to innovate, reimagine, and challenge the status quo economy just to survive. Now, as more and more Americans of all colors are confronted with economic and ecological crisis, the resilient practices of frontline communities can serve as models for transforming all of society.

On the second day of #NewEconomyWeek, we ask “What are the economic tools and strategies that will dismantle systemic racism and move us closer to collective liberation?” #BlackLivesMatter #NewEconomyWeek

Today @ 2:00PM EST - Reparations: What It Looks Like and How We Get There

Thursday @ 2:00PM EST - What is Energy Democracy and Why Does It Matter?

"Race To Washington: The #BlackLivesMatter Case For Guaranteed Employment" by Scott Ferguson and Mark L.

Check out this incredible poster that was created for the event: 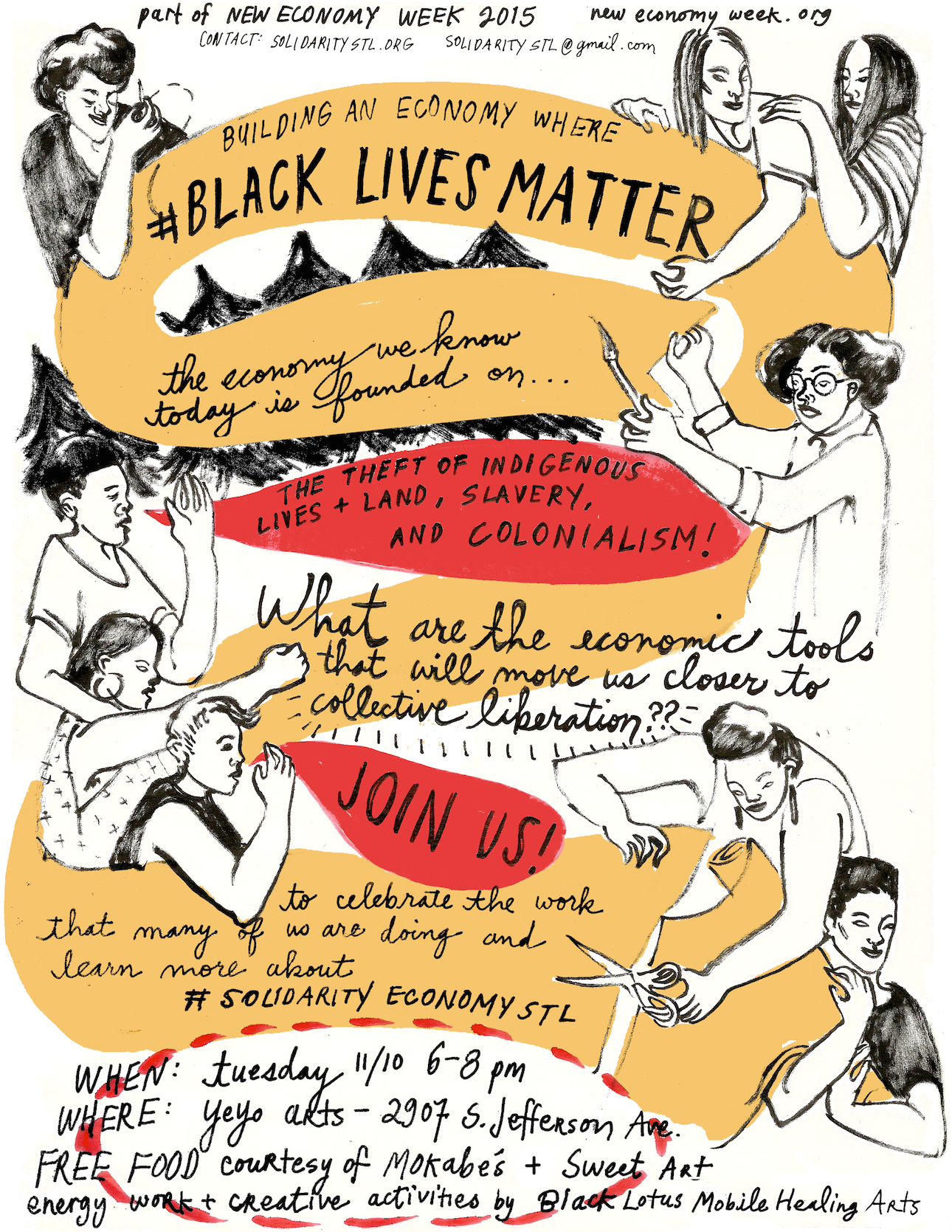 “This Changes Everything” Screenings

This Changes Everything is an epic attempt to re-imagine the vast challenge of climate change. Directed by Avi Lewis, and inspired by Naomi Klein’s international non-fiction bestseller This Changes Everything: Capitalism vs. The Climate, the film presents seven powerful portraits of communities on the front lines, from Montana’s Powder River Basin to the Alberta Tar Sands, from the coast of South India to Beijing and beyond.

Throughout the film, Klein builds to her most controversial and exciting idea: that we can seize the existential crisis of climate change to transform our failed economic system into something radically better.

There will be screenings of “This Changes Everything” in Boston (MA), Seattle (WA), Berkeley (CA), Columbia (MD), Asheville (NC), and Whitesburg (KY)!